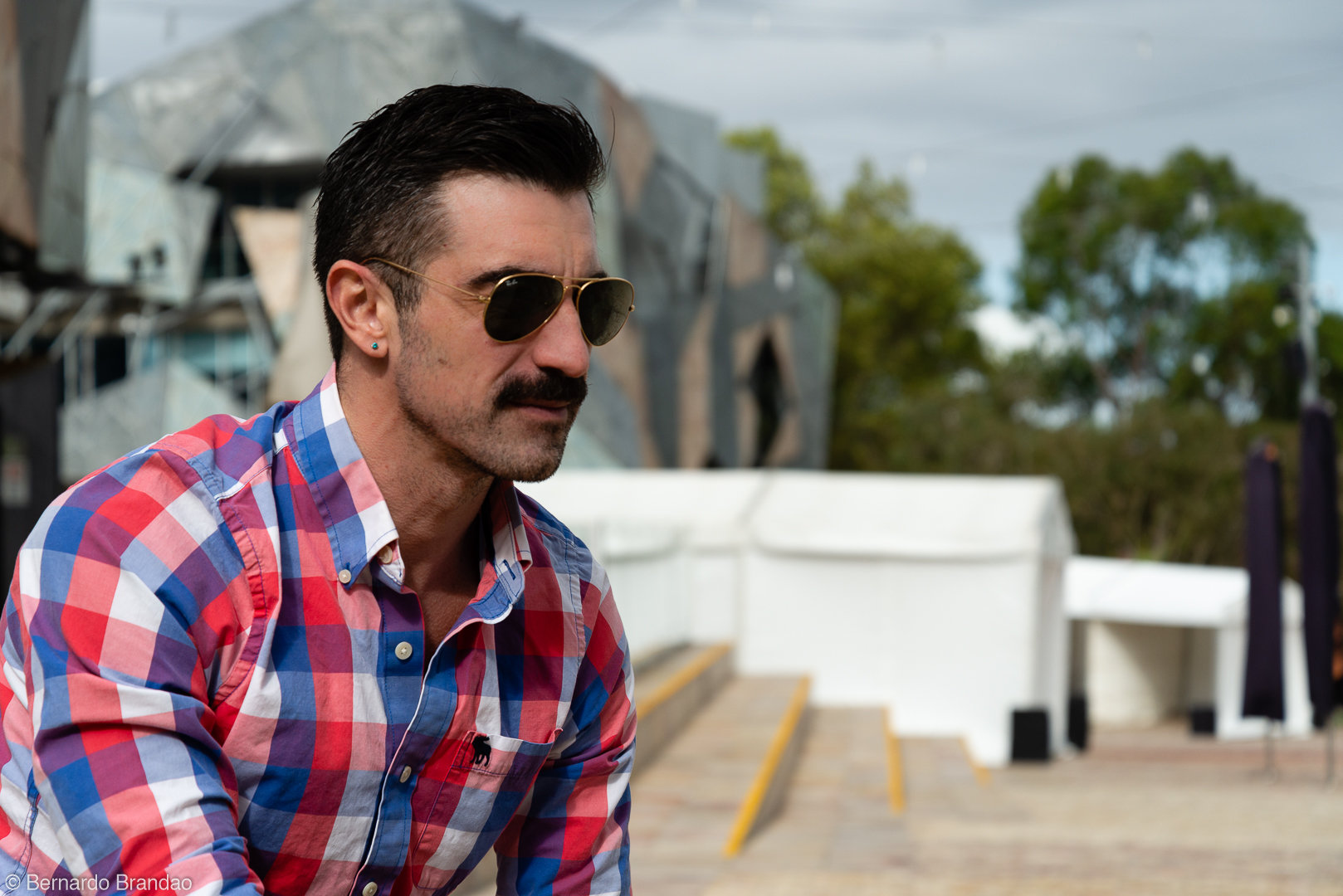 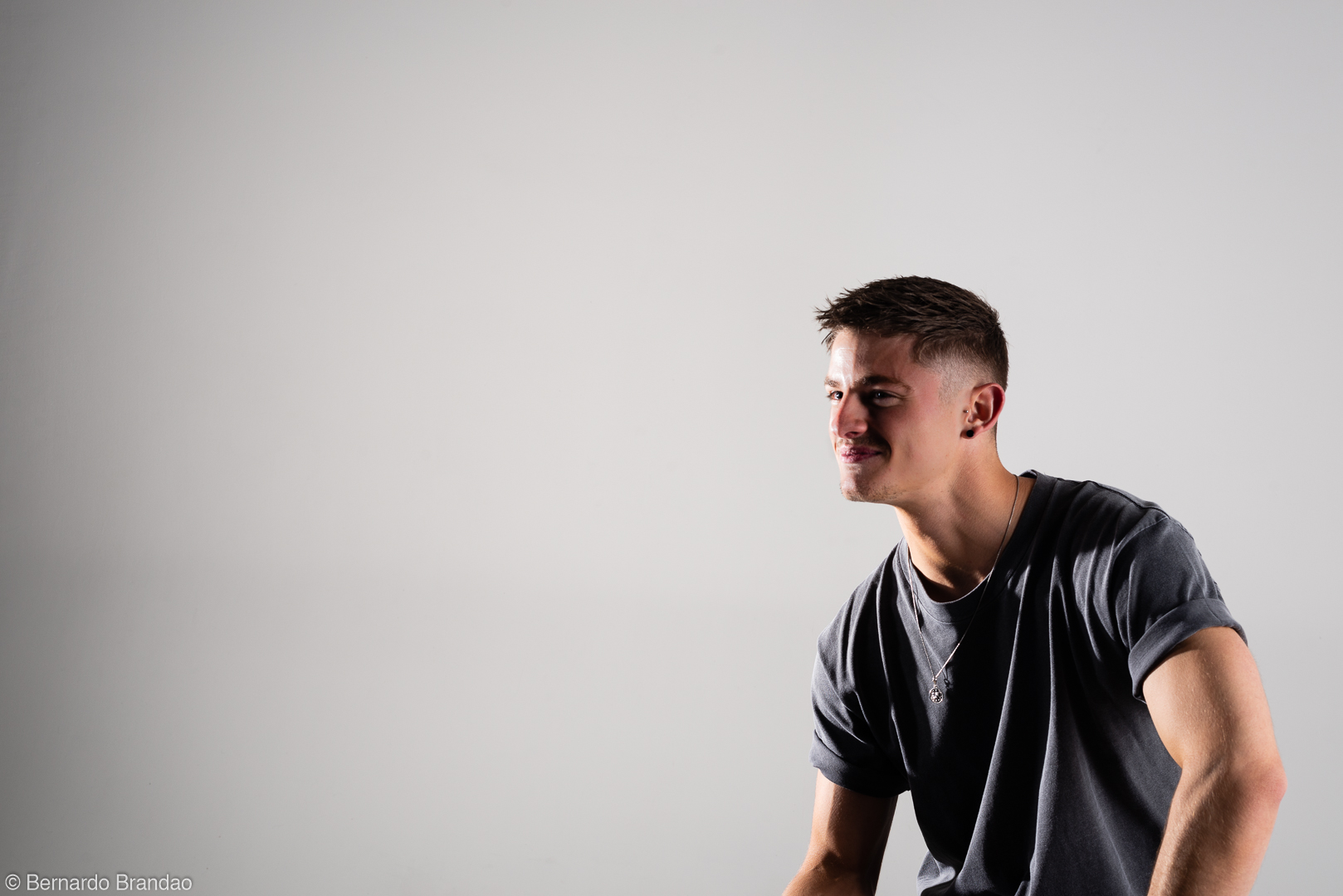 Last weekend I rented out a studio to take photos of one of Dean’s friends, David. The studio rental was more aimed at having an private place to take photos as well as learning how to use studio lights (which are different than speedlights – aka off camera “flashes”).

David is a natural model, as soon as the photos start, he starts moving… which left very little for me to direct. I would go and say: stand there or sit there etc and as soon as the first shot was taken, he’d be moving and trying new positions. The only one I actually gave him a bit more direction was when he was laying down on the couch.

Playing with the studio lights was a lot of fun, but now I need to repeat the same success with speedlights. I already have a whole set of speedlights, soft boxes, gels and stands; the only missing element is somewhere I can set it all up (that doesn’t have the studio lights). It doesn’t really need to be a studio or indoors, but it needs to be a location where I will be able to steer the light to do what I need it to.

This exercise also helped me understand that the Portraits project needs a stronger definition. Sure David wasn’t really part of the project, but the fact that I didn’t have a strong concept to guide me and thus not being able to direct the model (David) either. Having a specific methodology or concept will make coming up with the photos and directing the outcome easier. It will also help out with defining the wardrobe (something I hadn’t really thought about).

And so, I will have to put more effort into defining the Portraits project: what is the methodology, what are the shots I want out of each of my subjects etc.

I will re-define it, I will re-write it before proceeding. For this reason, Lucas is also not part of the project and I will likely start from scratch. I have a session with another friend coming up and hopefully I will have something that I can use to put her portraits as part of the project.